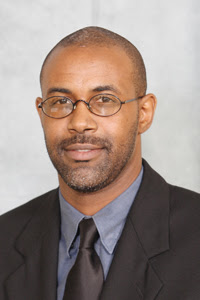 Darryl Bruce has been hired as a new assistant coach for Robert Burke's staff at Mt. St. Mary's.

Bruce is a graduate of DeMatha High School and Towson University who has been a college assistant for the last 20 years. He had plenty of connections to the Mount.

He has recently served as one of Mount graduate Cliff Warren's assistants at Jacksonville University, helping the Dolphins to rebuild themselves into one of the top programs in the Atlantic Sun Conference. He also served on former Mount assistant Kirk Saulny's staff at Howard. He did spend two years at NEC conference member Wagner. In addition, he has been an assistant coach at Hampton, Delaware and Maryland-Eastern Shore.

He obviously brings a wealth of coaching experience and should be just the right mix for the young up and comers who are part of Robert Burke's staff.

Send an email to thefanblog@gmail.com
Posted by TheFanBlog at 11:30 PM