Written for your enjoyment by: Raff

Jeremy Goode's 21 point 9 steal performance was recognized as the fourth best performance of the week by Eurobasket.com in the LPB. The performance helped Goode's Penafiel team upset Illiabum 75-63 to even its mark at 1-1. 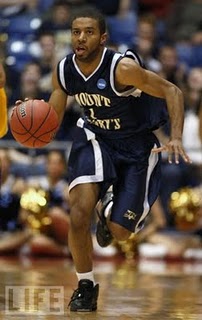 With the steal performance Goode now leads the LPB in steals through two rounds with 6 per contest. He is also averaging 18.5 points per outing.

Richard Oruche, the Nigerian-American from Illinois-Springfield, was named the top player with 24 points 8 rebounds and 3 assists. His team Ginasio moved into first place with an 81-80 win over Academica.
Posted by TheFanBlog at 12:32 PM