It's The Most Wonderful Time of the Year 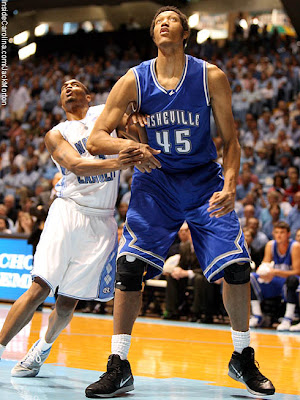 Conference tournament action starts tonight, as three conferences begin postseason action. The Big South and Ohio Valley are both one-bid conferences and follow an eight team tournament field. Meanwhile, the Horizon has ten teams in the field, and basically has two four-team mini tournaments with the winner of those advancing to the semifinals where the conferences top two teams already have berths.

All the action is on campus tonight. In the Big South, Radford takes on co-champ Winthrop, while Charleston Southern travels to UNC-Asheville. The Chanticleers of Coastal Carolina visit High Point. High Point has enough talent to win this tournament, but will have to win the championship on the road, so its not likely and beat both of the co-champs along the way. Meanwhile, VMI and its run-and-gun offense takes on the Flames of Liberty.

In the Ohio Valley Conference, Eastern Kentucky takes on conference winner Austin Peay. Tennessee Tech visits Murray State, while Tennessee State is at Morehead State. In the final matchup, Samford is at Tennessee-Martin.

The Horizon League could be a two-bid league if someone can beat Butler. Butler will wait in Indianapolis for its semifinal opponent. Detroit plays Wright State and Wisconsin-Green Bay plays at Valpo tonight. Whomever emerges from that will play one of the semifinalists. The other mini-pod is Youngstown versus Illinois-Chicago and Loyola at Wisconsin-Milwaukee.

Most of the television coverage doesn't start until Thursday, so take the next few days and rest up.