If I had absolutely nothing to do....Week 2 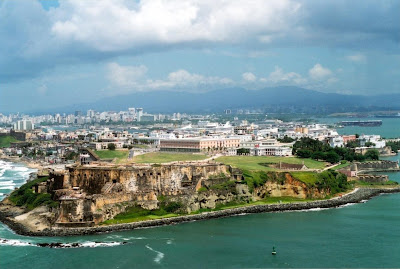 Week 2 of the College Hoops Season is going to find us with quite a few more games.....

Maybe the NIT is your pleasure, but I think I'm going to stay away from the Preseason tournament tonight

Monmouth at St. Peter's - ESPN 6am - It's a 6am local start - What time does the Monmouth bus leave?

Clemson at Liberty - ESPN 10am - Sort of like breakfast at Wimbledon, but not really

Northeastern at Siena - ESPN 12pm - This game was misplaced, they should have provided enough time to get from Niagara to Siena

UALR at Tulsa - ESPN 2pm - UALR looks like something my daughter texts me. It's University of Arkansas Little Rock for you text challenged

Temple at Georgetown - ESPN 4pm - The Owls in the daylight

TBA (at Durham NC) - ESPN 6pm - We're assuming that one part of this will include Duke - assuming they beat Coastal Carolina. Charlotte or Elon should be the opponent.

Gonzaga at Michigan State - ESPN 8pm - Now do you understand why its Duke at 6pm.

Memphis vs Kansas (St. Louis, MO) - ESPN 10pm - This might be overload

This day totally is a letdown. A trip to Bender Arena may be in order.

Games before Noon - that is what I'm talking about

Georgia Tech vs. Dayton (at San Juan) - CSS 11:30am - Really disappointed that the majority of lunch hour will be halftime

UNC-Wilmington vs Penn State (at Charleston SC) - ESPNU 4:00pm - Penn State trying to improve off that NIT season; needs some wins in this event

Rider at Kentucky - FSN - 1pm - Another look at Coach Cal

Valparaiso at Michigan State - 12pm Big10 - Has Valpo really been any good lately?

UTPA at Missouri - 2pm FSMidwest - More fun for the Textsters. That is University Texas Pan American. Is Lou Henson still the coach?

Championship game from Charleston SC - ESPN2 6pm - Penn State vs South Carolina is the most likeliest of matchups, but there are all sorts of possibilities.

Champinship game from San Juan PR - ESPN2 8pm - Villanova vs Ole Miss or whomever survives from the lower bracket. But really it won't be easy for the Cats to ge there either with Georgia Tech, Dayton and Mason in there.

There you have it 35 games in seven days. This might be the top week of the year in pure numbers.