Mount way too much for Loyola 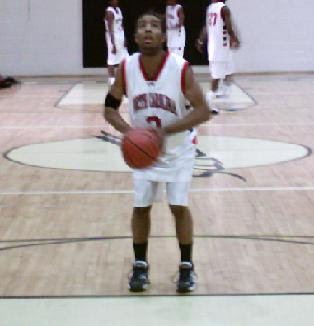 Using a big run at the start of the second half, Mt. St. Mary's overwhelmed longtime rival Loyola 63-44 in the 165th matchup between the schools at the victors gym on Saturday afternoon.

Jeremy Goode was simply phenomenal. Loyola had no answer for the senior point guard from Charlotte and he made a living at the free throw line as he constantly beat the Greyhounds off the dribble and got fouled when he got into the lane. He converted 15 of 16 free throws, after making his first 13 to finish with a game high 23.

The Mount struggled a bit offensively in the first half. They led by just three at the intermission. But a big run to start the second half, 9-0, pushed the lead to double digits and Loyola never really challenged in the second half.

Jean Cajou scored 14 of his 16 points after the intermission to provide the second option that the Mount needed on offense. Cajou also did a tremendous job defensively as we've come to expect.

The Mounties played the game without Will Holland. In addition, Shawn Atupem played limited minutes as he was in foul trouble most of the game.

That meant the Mount needed contributions from other members of the team. Pierre Brown contributed seven points in his most minutes of the young season. Equally impressive was the play of Danny Thompson and Tayvon Jackson off the bench. Both players helped the Mount's defensive effort and Thompson in particular did a nice job on the glass. He had four points and five rebounds - while Jackson had three rebounds in the effort.
Posted by TheFanBlog at 5:44 PM